A Dream within a Dream

On one of the days in the cold Za’atri winter, where winds howled and rain was falling; my 5 siblings, my mother, and I could not sleep until the sun came out. By then the winds and the rain had stopped, and we fixed our tent that was infiltrated with rain water. After that I slept, and in my sleep I had a dream.

I dreamt that I was in my room in Syria, sleeping and dreaming, and inside that dream I dreamt that all what is happening in my country is just a bad nightmare. That all this death didn’t really happen, that my brother Khaled and my friend Malek did not die, and that our neighbor Fida’ and his siblings did not suffocate. I dreamt that our house wasn’t destroyed from the bombings. Suddenly, my mother woke me up from my dream, but in reality I was still dreaming. I started wondering, was I dreaming? Was all the death I saw just a dream? Then I hear my mom telling us that she didn’t cook today, and since we were hungry we started debating what to get from the restaurant. It was nighttime when I suddenly woke up to see that I was still in my damp tent, torn from the wind. The cold was unbearable.

Our dreams haunt us, and our desires taunt us to the smallest details. We miss gatherings with our neighbors over a cup of coffee or tea around the heater at our house. Our house that is not ours anymore; it’s now just a pile of rubble. And my brother who will not return because he has gone to another life; an eternal one without death or killing.

Filed under Return and Resettlement, Shelter

Filed under Return and Resettlement, Shelter

The Country of Good

The other day when I was watching T.V., I saw the children of my country under the stifling siege. The reporter proceeded to ask them about what they want the most right now. Some replied that they are craving fruits and vegetables, some said they want bread, and one little girl said, “I want a chicken”.

Oh what happened to the country of good, and to happy days that have passed? The feasts and meetings between relatives and neighbors used to be filled with the tastiest food, drink, and desserts. Now, however, the country of good is unable to give a loaf of bread to a hungry child. It’s not because there is no more good in my country, but because there are stone cold hearts disguised as humans, stopping food from reaching those young children who are like sprouts that haven’t bloomed yet.

How I wished that I can break the T.V. screen and invite all of those children out. I would give them all the food that they want so they don’t have to suffer anymore.

Is the world incapable of getting bread to those children? Or is this image of children in my country so mundane now, like a story or a television series with over a hundred episodes filled with painful stories, that the audience has become heartless?

The day my brother Sami was born, my grandfather planted a tree for him in our garden; naming it after Sami. It was in honor of his first grandson that he was so joyful about. The tree grew and gave us fruits over the years, its branches giving us shade from the sun’s glare. Sami was growing alongside it, learning and studying until he became a doctor; his giving spirit resembling that of his tree. This was up until the crisis in Syria began. As a doctor he helped care for the wounded, but one day a stray bullet found its way to him and took away his life. All that was left of Sami is the tree carrying his name. The tree continued to give from its fruits, but then winter arrived. In the absence of energy resources to keep us warm we fell into a dilemma; should we cut down the tree and use its wood, or keep it as a memory of my brother? 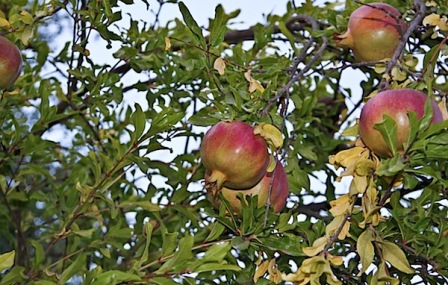